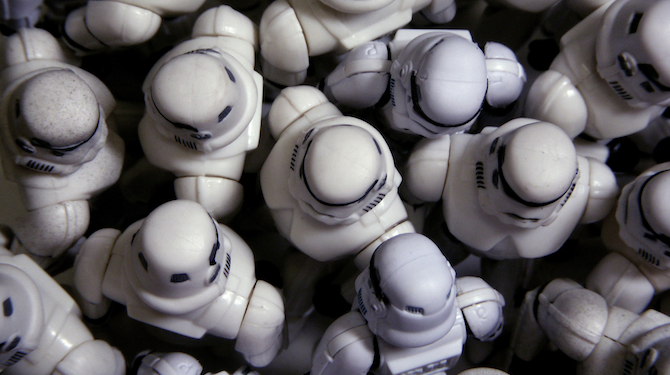 When I got involved with the San Diego Tech community back in 2009, we didn’t have much to start with in the way of developer training, we had some great user groups including SD Php, SD Ruby and SD WordPress but they mostly revolved around people giving presentations and there’s was very little hands on involved.

After experiencing much frustration we started Advanced WordPress (AWP), it was a way for us who had more of a developer focused approach to get down and dirty with our own code or with other people’s. The idea was simple, no single presentation, everyone in the group shared what they were working on for 10 or 20 minutes and at the end the combined knowledge of the group taught us more in one 2 hour session than a single presenter ever could have.

The experience for many of us made our monthly AWP meetups enjoyable, in fact it became almost blasphemy for us to even consider skipping a month or not hosting one. We were blessed to have a lot of really talented people sharing a lot of really interesting stuff and the small 7 man meetup that started in a coffee shop back in 2011 now has 2000+ members communicating on Facebook, 150+ on Google Plus and between 20 to 30 regular attendees every month at Co-Merge in Downtown San Diego.

And then the study groups began, at the time my day job was writing Rails applications and so I needed to get better at Ruby right away, I was invited by a co-worker to a study group up at UCLA’s Computer Science department that met once a week. The format was revolutionary and something I’d never seen before so of course I had to try it out for myself. The UCLA group would pick a technical programming book and would cover one chapter every week. This was basically like a college study group on steroids and I learned so much in one night that I had to start one in San Diego.

So in early 2012 I started a Ruby Study group once a week out of my office in Point Loma, CA and it regularly attracted between 7 to 10 people per week, we even got the SD Ruby user group to help us promote it and the amount of information shared between the people that knew a lot and the people that didn’t know much but were hungry to read was amazing. The Ruby Study group lasted about as long as my stint with that company and it ended only after I left the firm in mid 2013 for a new position elsewhere.

Towards the end of 2012 though I had a friend whom I’d done some consulting work for ask me about growing their company’s developer outreach, we ended up starting a Php Study Group out of his offices in the Mission Valley area of San Diego and it’s still active and running to this day. The format may have been modified and changed over the last year but the concept is still the same, get people who are hungry about programming to meet and learn together.

Why is the group dynamic important? One of my favorite books is called the Wisdom of Crowds, in it James Surowiecki teaches that the collective knowledge of a diverse group is way better and more informed than the knowledge of any single highly skilled individual. What I learned from setting up these weekly meetups and study groups is that developer communities aren’t manufactured out of thing air, they are born out of getting groups of individuals wanting to learn a skill set and being given the space and the ability to do it.

If you’re a company looking for good developers, don’t just try to recruit whomever you can get your hands on, instead pick a book, any book on a specific programming language or subject you want your developers or community to become good at. Open your doors to the outside world and start a study group, cover one chapter each week or every two weeks and promote the heck out of it. At the end of the day you may get a lot of newbies, people who want to learn more and don’t themselves bring much to the table.

The focus should be less on someone giving a presentation and more on a total group driven discussion. Force anyone that’s new to read and share with the group what they understand about the topic every week, as time passes and the group grows the ones that really want to continue learning will stick around, they will get better, after just a few months people who didn’t know a lick of programming beforehand will be teaching you stuff, they will be showing you what they are now capable of. If you’re a company looking for developers, you will have a new, free and cheap way of recruiting talent that’s passionate and dedicated to growing in their career as programmers because you didn’t sit around waiting for it to happen, you build it from the ground up yourself.

Self & School taught C++, Java, PHP, Perl and Ruby Developer working as a Software Engineer for SPAWAR Research (G2 Software Systems) with a BSCS degree. Been involved with the WordPress Community since 2009, one of the founding member of Advanced WordPress at advancedwp.org and creator of WP-Chef on github. Spoken at many WordCamps including WCNYC, WCPhx, WCLA, WCLV and the hometown of WCSD.

Show all Articles
Next blogpost:5 Common WordPress Setup Mistakes (And How to Fix Them)