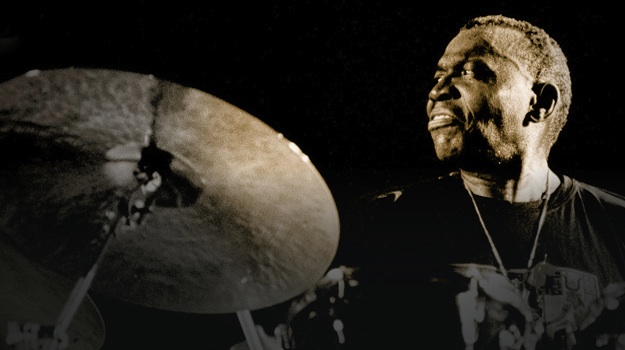 With that in mind, I thought I’d take this opportunity to take a closer look at the new features and improvements bundled with 3.5. Does it live up to the hype or is it a bit of a “damp squib“, as we Brits say?

Before we start, let’s quickly recap WordPress 3.5’s new features. With this not being a major upgrade (i.e. version 4.0) there wasn’t a huge amount to get excited about and the much-touted new media handling capabilities was by a distance the main selling point.

Beyond that there were some relatively minor changes such as:

The minor changes aren’t really anything to write home about (although the removal of “Links” is certainly welcomed) — a different button design isn’t really going to change the way I use WordPress. So let’s focus on that one big improvement and see what it has to offer.

The WordPress core development team certainly promised a lot when it came to improved media handling capabilities in version 3.5, but have they delivered? My answer would be yes and no. Certain elements are far improved whilst in some ways there have been backwards steps.

Take for instance the process of inserting a new image into a post — arguably the most common media-based task that most of us do in WordPress. We now have a prominent “Add Media” button to click:

Which takes us through to a brand new screen: 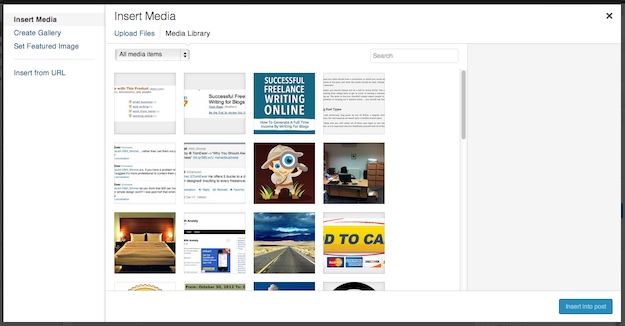 The new media library looks fantastic but should it be the default start point when attempting to insert an image? Personally, I almost always upload an image directly before I insert it which means that I now have to click on “Upload Files” followed by the “Select Files” button. Moaning about an extra click (compared to 3.4.x) may seem petty but it can get a little frustrating when you are uploading a series of files in succession (like when creating a themes post, when you edit and upload each screenshot in turn).

Personally I would like to see the “Add Media” button take me straight to the file menu, or directly to the “Upload Files” button as it did before at least. However, this may of course be only a personal gripe — perhaps the core development team have done their homework and decided that this is was the best solution for the majority of WordPress users. I’d be interested to know what you think.

On the plus side, I think that the new method of adding meta data to image is an improvement: 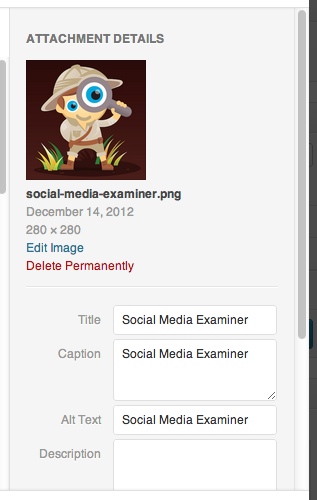 It offers a much nicer “flow” from one action to the next (i.e. from uploading to adding data to inserting).

Speaking of inserting, I find it curious that the speed with which images are placed into the WYSIWYG editor has slowed down noticeably. It would appear that the developers have sacrificed speed to implement the new UI. It’s not a major issue but a speed increase would have been nicer.

WordPress 3.5’s greatest triumph is arguably its vastly improved gallery feature. I’ve often felt that the way in which WordPress has handled galleries in the past has seemed like something of an afterthought so it is good to see that the developers have worked hard to improve this area of the content management system. 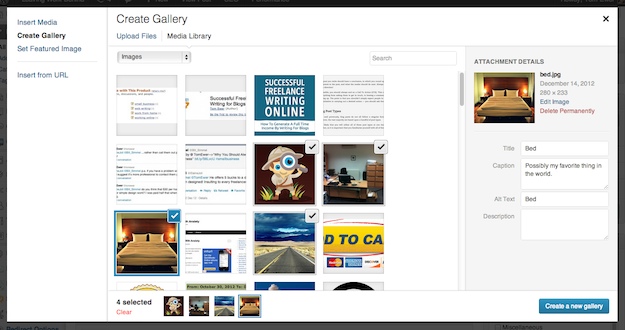 …then ordering and presenting the gallery images as you see fit… 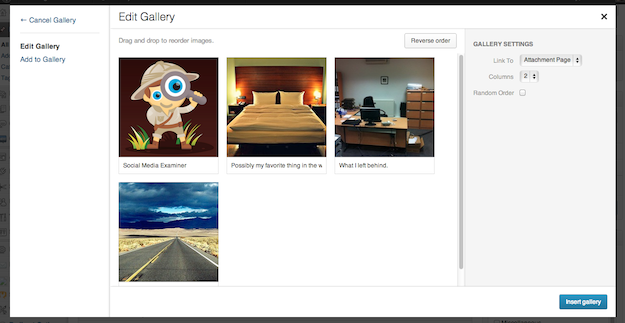 Not bad at all.

There’s not really been anything else in WordPress 3.5 that has caught my eye. I’m no developer so I can’t take advantage of the various improvements on that front, and I don’t think there’s really anything else worth writing home about.

What about you — what are your thoughts on the new version of WordPress? Let us know in the comments section!

Show all Articles
Next blogpost:Top 10 WordPress Plugins of the Month — December 2012 Edition