When John Turner, founder of SeedProd and developer of the Coming Soon plugin, first ventured into development, he had no idea how to market a product.

“My first product was called eArtistManagement,” he says, which was a platform for bands to quickly and easily make their own websites. That initial initial product did have some success but this was largely due to word of mouth. “[Developers] build something and expect it to have a market […] when in reality you should do the opposite,” he says.

He first got involved with WordPress by porting that band website platform onto it. He built several custom plugins to make it do what he needed it to and learned a lot in the process. From there, he made a Facebook page builder but this didn’t succeed. After that, he wised up and joined Micropreneur Academy.

There, he learned all about how to focus on market need first then product development. One of the lessons detailed how solo entrepreneurs should try to sell their products before even building them. “The idea is to put up a coming soon page, drive traffic to it, and gauge interest,” he says, “Hence SeedProd was born as a theme and plugin shop.”

How Coming Soon Came to Be

“I originally built The Ultimate Coming Soon Page plugin to collect emails and test interest on a theme I was building,” says Turner. He wasn’t sure if there were any commercial competitors on the market at the time. Once his free plugin was released, he dove back into working on his commercial theme but the free version of the plugin gained traction quickly.

“I started getting lots of feature requests,” he says and felt it was a “tell-tale sign” that he needed to follow through with proper support. “So I switched my focus and started to build the commercial version of [the plugin] which became known as Coming Soon Pro,” he says. 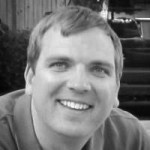 Since Coming Soon is Turner’s primary focus, he feels he’s the best in the field. Yes, several coming soon and maintenance mode plugins have been released since his but he continually strives to “offer the best and quickest” support. “When you open a ticket, you are talking to the product lead, me!”

He loves talking to customers and getting feedback, which he takes very seriously. “The plugin is constantly updated to try to work in all the feature requests that come in,” he says. And he’s currently in the process of building the next major version.

Developing with Specific Features in Mind

“I think focusing on one product or feature when you are just starting out,” particularly if you are solo, “is especially important,” says Turner. “There’s just not enough time in the day to build, support and market more than one product.”

For developers just getting in the game, he suggests they select a niche that interests them and become the best they possibly can in it. “After you have some success you can consider branching out and adding similar products in your market,” he says.

And Turner follows his own advice. When he first got his start, it was his goal to build the very best maintenance mode/coming soon plugin on the market. “That’s still my goal,” he says. A lot of the most successful plugin developers out there just make one plugin but they do it so awesomely that’s all they need. And if they do decide to branch out, it’s only within the same niche.

I asked Turner what he thought the biggest misconception was about his Coming Soon plugin. He says that most people truly don’t understand how easy it is to use or how many benefits it offers to site owners. “Every freelance WordPress developer should offer a coming soon page as a value add to their clients,” he says. But his vision doesn’t stop there. “Even individuals should put up a coming soon page on their sites before they launch to gauge interest.” It’s a quick and easy way to build an audience before your site even launches, which is something i just can’t argue with from a marketing standpoint.

Another common misconception? A lot of people don’t seem to realize that SeedProd is made up of John Turner and John Turner alone. It’s a total “one-man shop,” as seems to be the case with many small developers out there right now. But he manages to get it all done and offer a good level of customer support to boot.

Coming Soon Pro offers a lot more features than the free version. “It’s not to say the Free version isn’t updated or stable,” he says. He makes sure that the free version is always compatible with the latest WordPress releases and indicates it’s perfect for those with simple needs.

“However if you have more complex needs like integrating with a variety of third party email marking vendors, need more design options, need more access control options, or need support, then the Pro Version is for you,” Turner says.

Turner is currently working on the next major release of Coming Soon (available soon), which promises to be “extremely modular and extendable.” This way, customers can “pick and choose” the features they want without having to install one massive and “bloated” plugin.

He plans on adding a lot more integration with email marketing services as well as a greater range of design options for those without design skills. Another feature of particular interest to our readers is added ManageWP compatibility. That way, users can make updates from within the ManageWP dashboard. He does have another plugin scheduled for release in the near future. “It’s similar to the Coming Soon plugin but solves a different problem,” he says but that’s all he can reveal for now.

The Coming Soon plugin topped our free plugins of the month last month and for good reason: it’s feature-filled, easy to use and offers an attractive output. SeedProd might be a small operation but John Turner has big ideas and I’m looking forward to keeping tabs on what he’s up to in the months to come.

Have you tried out Coming Soon? What did you think? Also, did you enjoy this developer spotlight? We’re thinking about making it a regular thing around here, so please leave your feedback below. You know how much us writer types like feedback!

Show all Articles
Next blogpost:Creating a WordPress Web Development Contract: Have You Covered it All?