The second beta round of WordPress 4.0 launched recently and it got me thinking about the anticipated feature set and how it stacks up to previous versions.

There isn’t actually a huge feature boost this time around, which some are arguing is a good thing. Others are disappointed in what it offers (or doesn’t offer). So many varying opinions, so little time!

But before we dive into what’s really on developers’ minds right now, let’s take a brief look at what the next version of WordPress is slated to offer.

WordPress 4.0 focuses on a few specific areas of improvement this time around, but doesn’t add much by way of brand spankin’ new features. As of the Beta 1 release, it was set to have:

Nothing too revolutionary here, but definitely a sign that WordPress is focusing more on refinement these days than on huge new innovations. 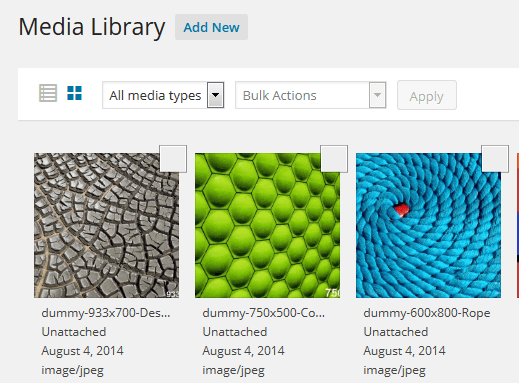 So now that you know what WordPress 4.0 will have, we can get down to the good stuff.

I recently solicited feedback from several developers to see what they wish the next version of WordPress had by way of features. Their answers really surprised me, and at the very least, provide some excellent food for thought in terms of how much of an individual experience using WordPress really is.

When I think of the term, “WordPress developer,” I often think of plugin and theme developers only.

However, a website developer got in touch with me and offered a really good point about potential WordPress features. According to Stuart Selip, owner of Principal Consulting, LLC, WordPress lacks a promotion scheme “that allows a site to move easily from dev to test, and then into visible production.”

A lack of built-in workflow management is often compensated for through plugins, but it does beg the question if this should be a built-in feature or not. “There is no simple way to version any particular mix of content, plugins, [or] theme versions except by backing up the site,” he says.

Another feature thought to be missing by at least one developer is a simple button that makes effectively “undoing” certain updates or configurations as easy as pie.

According to Ron Rule, Chief Technology Officer @ As Seen On TV, Inc. and a blogger, having a “snapshot of the configuration/database before installing plugins and a simple ‘rollback’ button if it doesn’t work,” would be immensely helpful. “Many poorly developed themes break after WordPress updates or plugin updates, resulting in having to manually restore from a backup,” he says, and a rollback button would help developers save a ton of time fixing errors like this.

Rule has another suggestion for potential WordPress features, too: the ability to disable an RSS feed without having to delete a thing.

“Many sites are running WordPress and don’t use any blog features, making RSS unnecessary and easier for people to steal your content,” he says. Since most people don’t know what files to delete, a simple solution like this would save developers time and the potential for mistakes.

This is an arguably small feature and might be better served as a plugin, but if you’re looking for a total out-of-the-box solution, WordPress wouldn’t be ready for you without it.

TinyMCE is receiving updates in the WordPress 4.0 but Orun Bhuiyan, lead developer and marketing technologist at SEOcial, wants an editor that relies less on TinyMCE altogether. He wishes WordPress would build an editor “that was more design capable and would render (at least some) shortcodes and columns right in the text area.”

His logic is pretty sound. “This would streamline content creation significantly as it’s the only massive issue that I see currently impeding WordPress’ ease-of-use for non-developers,” he says.

Ultimately, he dials it back a bit. “Even if [WordPress] just integrated columns, buttons and nothing else into the editor, we’d have a much more straightforward user experience for writers.”

A lot of people really enjoy the flexibility TinyMCE offers, but it’s not for everyone. This just goes to show how difficult it is to please everyone with a standard product release.

Sometimes it’s necessary to migrate hosts for your website. This can be an incredibly frustrating process if you don’t have the right tools at your disposal.

“Your new host will likely have a different directory and database structure, making switching hosts a little more difficult than it should be,” says Ron Rule. “Something that lets you copy all files, settings, database configuration, etc. from your current host to the new one without having to know SQL logins, etc,” would be very helpful, he says.

Again, there are plenty of third-party tools out there that offer this feature already but some developers like Rule believe it should be a part of Core.

Enough Already With the Features!

Though most of the feedback I received offered an abundance of new feature ideas for WordPress 4.0, one felt WordPress has enough going on already.

“I may be the only one, but I’m not wishing for more features in WordPress 4.0,” says Mike Poller, owner of Poller & Jordan Advertising. “I truly appreciate the way I can use plugins to create the WP functionality I need for a specific client,” he says.

The ability for WordPress to adapt and change to the specific needs of the person using it definitely has appeal. “WordPress is like a Chevy smallblock engine. I can modify it for horsepower or fuel economy, it’s my choice,” he says. Bog down Core with too many features and it stands to lose some of that oh-so-appealing flexibility.

“WordPress is a large lot in a good location,” Poller adds, “As an architect, I can use plugins to
design and build the home I need on that lot.” Which is sort of the whole point of being a developer when you get right down to it.

WordPress 4.0 isn’t as feature-rich as previous versions. Some feel that the platform might have hit its limit on what features it can include. This would explain the Core team’s recent shift to plugin as features development projects. Others would like to see WordPress truly be the all-in-one solution it’s capable of. There are numerous considerations to make on that latter point – site speed and flexibility, to name a few.

Though we know what WordPress 4.0 will contain, it will be interesting to see where development goes from here. What will be included in WordPress 5.0 and beyond? Will the developers I spoke with have their biggest wishes granted or will plugin-based solutions officially become the way to go?

That’s what I want to know from you. Where do you think Core development is headed? What do you wish future versions would include? Feel free to sound off in the comments!