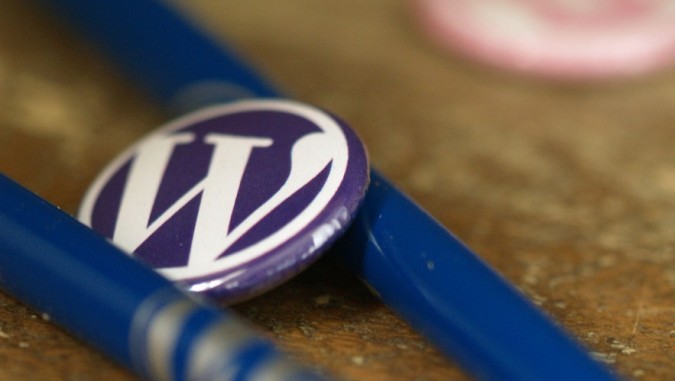 The WordPress development team is perpetually hard at work. This fact is made visible to the public thanks to regular updates at the Make WordPress Core blog. This space on the web features all the nitty-gritty details about what the open-source dev team is up to. It gives all of us WordPress users an inside look at what we can expect to be rolled into Core next. And that’s pretty exciting, especially when you work with WordPress day in and day out, like we do.

So, we thought it would be fun to recap some of these development updates and talk about what they mean for the future of this CMS we know and love so well. In fact, Alpha’s just wrapped up, so with the launch of WordPress 3.9 Beta 1, now is as good a time as any to review what the team has been up to and offer some insights into what it all means.

In the March 5th post, Mike Schroder discusses some of the changes being made to the WordPress editor. As you may already know, there’s a big push to create a front-end editor with WYSIWYG functionality. Within this, the ability to drag and drop files onto the editor itself has been added. Once the file hits the editor, the media manager opens up and the file uploads automatically. When you produce a lot of content in the WordPress editor anything that can save you a click or two is progress, in our opinion. After all, it’s those little things that spell the greatest time-savers and we’re all for saving time.

The next week’s post reveals some additional media changes as well. For instance, the team is venturing to add the Image Editor into the media modal. They’re adding subtitle options to video editing as well as a loading indicator on the Media Library. The latter should be especially useful. This way, you’ll know right away if the library has stalled out or if it’s just loading a large file — a problem I know many of us have run into at some point.

Another addition is that caption shortcodes will allow more class attributes than before, which should give developers more options to work with.

Over the past few weeks, several changes have also been made to the template features in WordPress. Or they will be changed once they’re rolled out as a part of a Core update. Just a few of the modifications mentioned include the introduction of HTML5 gallery support, the addition of a filter to remove/rename page templates within a theme, and the addition of a 404 return when a query regarding a specific author’s posts returns no results or the author isn’t a member.

Another addition to templates is the post class, has-post-thumbnail. Likewise, the page_templates filter was renamed to theme_page_templates.

A few multisite updates were included as well. Specifically, bug fixes were implemented for the multisite load process and bulk activation for network-only plugins was fixed. Many of the changes made are small but all of these little tweaks will mean the next Core update is seamless and offers streamlined templating options for its users.

As you likely already know, TinyMCE is continually being updated for WordPress integration. In fact, there was an update to TinyMCE 4.0.18 which added placeholders for audio and video shortcodes and a user interface to edit the attributes of these shortcodes.

Since TinyMCE powers the visual editor in WordPress, the team also added a few fixes to make the act of working within it more intuitive. For instance, they’ve added the “Ctrl+K” shortcut for opening up the “Insert Link” dialog box, which is the shortcut used on most other programs. The <hr> plugin and button were also added to the toolbar for easier access.

There have also been some updates made to the admin panel. The last Core update revamped the admin quite a bit so these are just tweaks, really. Still every little modification is designed to make WordPress more intuitive and easy to use.

The Widget Customizer plugin will now allow you to add widget management. There’s also the ability to use a Dashicon before an element thanks to the .dashicons-before CSS class. Finally, “View Post” has been added in the editor on any post that an individual author has permission to read.

Again, these are just slight modifications but any effort to make the admin easier to use is noteworthy.

Okay, so these might not be as sexy to front-end developers, the internal updates are just as, if not more so, important than all the others outline thus far. We’re talking about the foundation of WordPress here — the elements that make it all run. So, some of the changes that you can now test out in the latest Beta include:

The comment notes on the Core blog admit that “it’s the little things,” when it comes to these kinds of updates. Every single one is designed to improve the end-user’s experience or streamline performance.

Many of the updates described above are included in the WordPress 3.9 Beta 1, which just launched on March 11th. A few key features that have been consolidated from several of the previous Core development sessions with the open-source team include:

WordPress 3.9 is set to launch in April, and there are still quite a few bugs to work out (hence the beta). Developers are urged in particular to try out the beta to make sure themes and plugins all work with the new update.

While an upcoming Core update might not seem like earth-shattering news, it’s definitely important in terms of plotting your next move. For instance, you might want to hold off on purchasing a new theme right before a launch due to an increased possibility of compatibility issues. Or you might be more selective in the plugins you use to prevent conflicts.

We’re planning on making this an ongoing thing. So, whenever there are new Core update announcements, we’ll be here to give you a to-the-point recap as well as a little bit of context about why these particular updates are important.

Are you looking forward to the next WordPress Core update? Is there a feature in particular you can’t wait to get your hands on? Be sure to let us know in the comments.

Show all Articles
Next blogpost:How to Optimize Your WordPress Site to Have Multiple Landing Pages