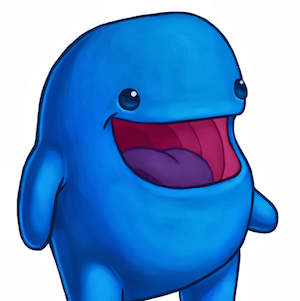 Easy Digital Downloads is an e-commerce plugin for selling digital products through WordPress.

It is a free plugin hosted on WordPress.org, yet it is also fully monetized and brings in a substantial yearly revenue.

This article is going to look into some of the challenges my team and I have faced in building a sustainable business off of a plugin that is not only open source, but also given away at no cost.

Before getting into some of the challenges we have faced – and are continuing to face – let’s briefly walk through what our revenue model is.

There are two revenue streams for the plugin:

The majority of the business’ revenue comes from add-on (extension) plugin sells. The revenue generated by priority support subscriptions counts towards the revenue as well, but the funds generated are sent directly back into the plugin by paying support technicians.

One of the primary challenges we faced with commercializing via the premium extension model was finding the balance between a full-featured core plugin that users could use as is, and building the right features as paid upgrades that were important enough for users to purchase them.

If the core plugin was made too powerful, the majority of users would have no reason to ugrade, rendering the business model useless. Put too many features into paid upgrades and users will feel that the core plugin is intentionally crippled, creating a less than loyal user base.

From the business’ perspective, there is absolutely nothing wrong with highly-requested features being made available as a paid upgrade, but users will often feel cheated, resulting in negative reviews that hurts the adoption rate by future users. Yep there is also absolutely nothing wrong with not wanting to give too much away for free – after all, any code at all that is given away for free is already enormously generous.

Let’s look at a real example of a feature that we chose to make a paid upgrade but many users feel should be included for free.

On numerous occasions, we have had users complain about Manual Purchases being a paid upgrade, since they feel it is an integral feature of the plugin, thus removing it from the base plugin is “crippling” it.

When it comes to integral features, discovering the balance between what should and should not be a paid upgrade is difficult when using a paid add-on model.

When I first launched Easy Digital Downloads (when it was just me), I tried to offer two kinds of support:

The idea was to not offer any technical support to anyone that was not a paid customer. If a user needed support, they could sign up for paid support, or they could purchase an extension, which included an automatic 30 days of support access.

On paper, it seemed like a very reasonable approach. Users already received a completely functional ecommerce solution for free, so asking users to pay a fee in order to get technical support shouldn’t be a problem.

It turned out that this model didn’t work at all for several reasons:

Getting Too Big, Too Fast

The majority of our revenue stream is through extension sales, and most of our extensions are built by someone other than myself. This is important because I was the only person early on that reviewed extension submissions. I was the guy from start to finish. I reviewed the extension code, tested the extension, reported bugs, setup the product pages, created the product images, set the pricing, setup the extension’s support forum, clicked publish and setup the newsletters and blog posts. I did it all. While this was easy to manage early on, once we got to the point of having 5-10 active extension developers submitting code for review each week, it became exceptionally difficult.

Early on, my method for keeping track of which extensions were getting built, which needed updated, and which were ready to go was my email inbox and it was impossible to manage.

As happened with managing extensions, the number of support requests we received each week grew exponentially as our user base got larger and larger. Initially, we didn’t actually have a way of tracking which support tickets were resolved, who was assigned to them, how many were currently open, which ones were waiting on staff replies or any of the other statistics or records that are vitally important to adequately managing customer support requests. Due to this, we lost track of a large number of tickets, some of which turned into 1 star reviews because the support was less than stellar.

Through all of the challenges, I believe we have come out on top. Here are some quick stats that help us see that it’s all been worth it:

Are we done? Definitely not. Have we faced our most difficult challenges? Probably not, and that’s okay.

Show all Articles
Next blogpost:WordPress Core Development Updates [May 2014 Edition]